Phonics is a FOUNDATIONAL LITERACY SKILL that focuses on the correspondence between letters (graphemes) and their sounds (phonemes). Through phonics practice online and in-class, with a mix of activities and instruction, students learn letter-sound relationships in order to successfully decode (read) and encode (spell) words. Try VocabularySpellingCity’s phonics games for kids today!

Play and Learn
Play the game using your words 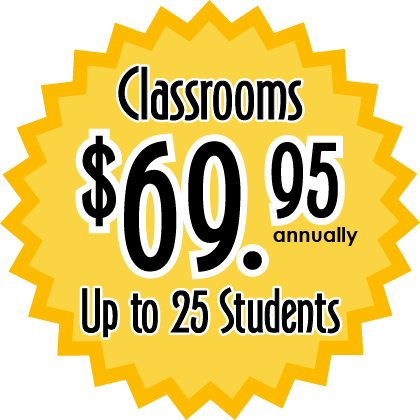 Although phonics plays a major role in the primary grades, increasingly complex phonetic patterns keep in-class and online activities for phonics practice relevant throughout elementary school and even into middle school. Students with strong phonological awareness are better able to understand words and their patterns, and how to apply this knowledge of letters and sounds to decode and encode increasingly complicated words. Our phonics word lists and phonics games for kids are here to help teachers improve students skills while making learning fun!

Students learn how to read and spell words through repeated instruction in phonics and spelling patterns. Online phonics practice games for kids can help increase retention of these skills in a fun, engaging way.

Vowels are letters (graphemes) that are not consonants. Vowel sounds (phonemes) are produced when there is no closing of any part of the mouth or throat. Although there are five letters that represent vowels, there are 12 pure vowel sound and a total of 20 vowel sounds when factoring in diphthongs. One set of vowel sounds are short vowels. Short vowel sounds do not sound like their corresponding letter names, such as the “a” in “cat”. Another set of vowel sounds are long vowels, which are pronounced the same as their letter name. A vowel pattern that produces a long vowel is the silent “e” at an end of a word. For example the “a” in “tale” sounds like its letter name because of the silent “e” in the word.

Below are other short and long vowel patterns and phonics word lists.

A diphthong, also known as a gliding vowel, is when one phoneme forms by combining two vowels in a single syllable. The sound begins as one vowel sound and moves towards another.

The most common diphthong spelling patterns in the English language are:

The following table features other consonant and vowel digraphs:

Other initial and final consonant blends include:

Our popular game, SillyBulls, is a fun phonics practice game where students can master identifying how many syllables a word has.

Building solid phonics skills is essential for students’ future literacy success. Phonics instruction must start in kindergarten, progressing from simple to more complex phonetic patterns. Learners should be taught several strategies to decode words, such as using pictures; sounding the word out; looking for word chunks; and making connections to words they know. All these strategies can be found in our online phonics activities and practice games. Students should be instructed to tune into word parts and patterns while simultaneously thinking about the meaning of the words.

English Language Learners (ELLs) and emergent readers benefit from the support of seeing, hearing, and playing with letters and word segments as they learn to speak and read English. This Reading Skills Pyramid helps teachers and parents understand the developmental stages of phonics skills that impact reading and spelling.

The Pre-K through second grade developmental stages of phonics skills are detailed below.

Systematic instruction provided by the teacher and VocabularySpellingCity’s educational spelling and phonics practice online are a winning combination for all readers. Giving students more opportunities to play phonics games for kids with and manipulate words in a fun and engaging way will deepen their knowledge of how letters and sounds make words. Help your students master their phonics word lists with VocabularySpellingCity’s help today!